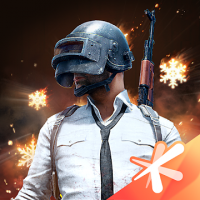 The pioneer of Battle Royale mobile genre, PUBG is now partly shadowed by Fortnite, but still, it’s one of the leaders of its explosively popular style. It’s a shooting game with no developed narrative and no motivation but survival. All out on the island, and let the fittest win!

It’s already a classical setting of Battle Royale games. One hundred players are deployed on a large island, equally unarmed. All you need, like weapons, ammunition, medicines and all that stuff, can be found right on your battlefield, mostly in abandoned houses. Grab all you can and make use of it against other players.

Your time is limited, as the destructive storm is coming, and those caught with it will die. Thus all the survivors are driven to a spot diminishing as the end approaches. There should only be one winner, the one who sustains the longest.

The gameplay may seem rather monotonous, but it’s painted with daily and unlimited quests. Take part in a certain number of battles, raise your body count, stay longer, spend some time in the game – do all your gaming routine but pay attention to certain activities you’re rewarded for.

The idea is rather simple, and, unlike Fortnite, you have no building abilities. It’s purely about fighting with guns, machetes, or your bare fists. So Geronimo!

Like in most shooters of this sort, the visuals are rather arcade-styled than photorealistic like best console action games demonstrate. Still, it’s all made very decent. You may adjust quality manually; you probably won’t need that on modern flagship devices, but PUBG is well optimized for old and dated devices too. Say, iPhone 5S or Samsung Galaxy 5 will be powerful enough to run it, though these devices are considered rather old.

As great are the sounds. Put your best headphones on to locate gunfights with your ears; it really helps.

There’s nothing as stable as unpredictable outcome. One of one hundred is to win, and this time it may be you. Or not you. That’s what makes sports one of our favorite entertainment types, even we’re just watching from a sofa. This feature of sports is fully used in PUBG Mobile, that’s why its servers are always crowded, and will be – for long.

The default layout of action games is successfully applied in PUBG Mobile. There is a traditional virtual joystick in the left lower corner, some on-screen buttons and camera control area in the right. You can use sight button to find your target easier. In fact, there’s nothing specific to learn even for those new to it.

It’s much better to play PUBG Mobile on a tablet or a large phone, but there are Bluetooth gamepads or special controllers available, and they help to feel some actions with your fingers physically. But, although they do enhance the experience, they are not that necessary; touch controls are quite self-sufficient.

PUBG doesn’t have to be made great again; it’s still great in front of growing rivals. It’s still one of the best Battle Royale games, and many would say it is definitely the best. So if you have missed it somehow, in spite of interest to this genre, install it immediately. And make sure you have no plans for today you can’t delay.